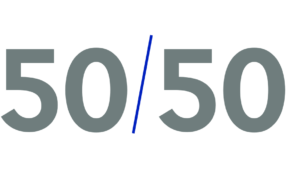 John & Mike had an exactly
50/50 partnership

John and I loved each other like brothers and respected each other’s differences, an amazing combination that gave us our best chance at success with our company. We also focused on our roles and responsibilities. I was CEO and John was president. In my role, I led our vision, strategy, and technology decisions. Data-driven to the core, I continuously asked people to provide me with data and facts so John and I could make objective decisions.

“Don’t give me things you call facts if they aren’t really facts,” I frequently told people.

I looked at markets and customer accounts objectively and built up a point of view on how to grow our business. I loved to place big, strategic decisions in front of people, listen to their thoughts, and then work with John to decide.

Doing this, I sometimes came across as impatient and arrogant.

“Mike, if you’re dealing with actual facts and your counterpart is basing their decision on opinion or hope disguised as a fact, you start to tune them out,” John said to me once after a meeting.

“Yeah, you did it, and you do it a lot. It doesn’t bother me, but it bothers others.”

We felt optimistic about our equal partnership, though, believing our strong relationship would overcome our inevitable disagreements.

“You know, liking each other is not just a soft-fuzzy feeling. It’s a matter of our company’s success,” John said. 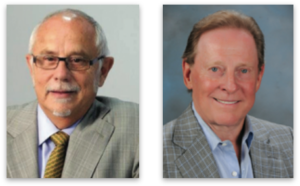 He was right. We had to like each other. Fortunately, I liked John. He was very funny, a little wild, and an adrenaline junkie. Over the course of our long partnership, he got into racing Cigarette-type boats on Lake Erie, shooting skeet at competitive levels, and racing cars around the country. His skeet shooting pastime was amusing to me because it drew a crowd of regular guys who could barely afford shells, as well as billionaires who loved the sport for its aristocratic British heritage (it helped refine bird hunting skills). He also was consumed with cleanliness. When in doubt, he cleaned. I often went into the office to find him cleaning his desk, carpet, and windows.

Professionally, John abhorred doing paperwork and loved operations. He was in his element on a manufacturing floor or interacting with customers to get them what they needed. His first instinct was to get in front of customers quickly and resolve their problems immediately. He gathered facts and details so he could fix a situation, and he followed this process like a bricklayer building a house, minute after minute, hour after hour, year after year, diligently and speedily gathering facts, getting in front of customers, and solving their problems.

He was no speech maker. His words were the opposite of fancy.

“I’m as blunt as a two-by-four,” he said about himself, which was true.

However, he was so unassuming and motivated to succeed that his bluntness was endearing.

“Almost everyone finds him easy to relate to,” I said to my wife once. “He builds great relationships with customers.”

Our customers saw integrity in his quickness to speak the truth with no veil or preamble.

“Initially, they’re taken aback, but they come to appreci- ate his directness. You have to see it to believe it.”

But probably the most interesting thing about John was, in the midst of the adrenaline sports, tough talk, and quick problem solving, he was a total softie. Part of his soft- heartedness was purposeful. His professional MO was to overlook people’s flaws.

“I don’t want to be like a big-company bureaucrat spending all my days trying to help the people on my team try to improve on their weaknesses, because then I would just have a team of people with watered-down skill sets,” he said.

“I think it’s far more productive to spend my time building up people’s strengths. If they can sell like a maniac or put together a great financial statement, I’m happy to ignore their flaws.”

A liquid colorant system, which is
what John & Mike sold.

The part of John’s soft-heartedness that was not purposeful or strategic—but just his nature—is harder to describe, but I’ll try. He was intuitive, and when a person came to know him, they’d hit that layer of intuition like a well driller hitting water. At first, they saw a gruff joke teller who was all about getting things done for customers, and then they might be sitting around a conference table one day when he showed a completely unexpected sensitivity, emotion, or depth about an employee, friend, or politician. I sometimes found this soft layer to be problematic—he empathized with people’s difficulties so much that our workers knew to go straight to John with their issues.

“You know, John, the word on the floor is that people will get the answer they want from you,” I said to him.

He admitted that he knew this to be true, but we agreed there wasn’t a lot we could or would do about it. It’s hard to change human nature.

Chapter excerpt from SALES FIRST! Growing our Company the Old-Fashioned Way, the ColorMatrix Story. John & Mike started and grew their company from $0 to nearly $500 million in value without taking on angel or venture capital. Instead, they raised money for growth by SELLING like CRAZY! Book available here on Amazon.